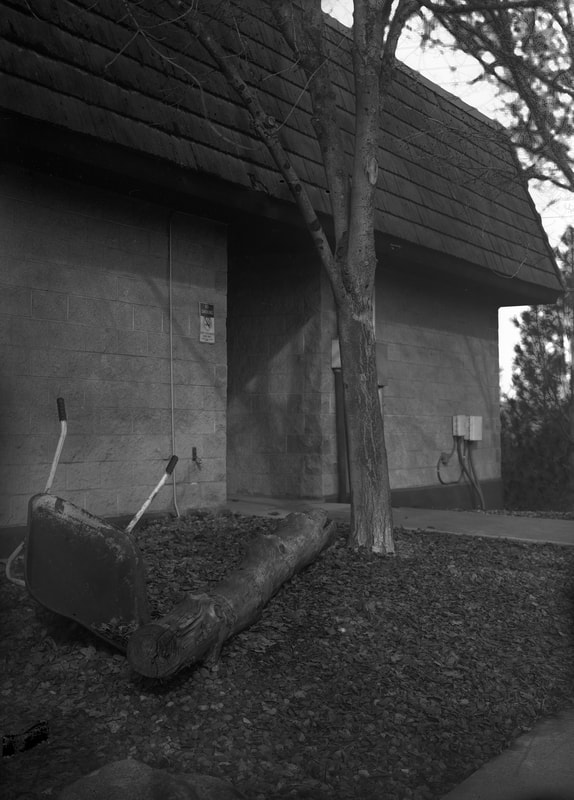 I have a particular love of photographing at the end of Winter, just as Spring is beginning to appear. Perhaps it's because of the implications of continuing life. Especially I like to photograph shadows. The trees at this time are still naked and cast shadows that appear to give comment in the form of a narrative about living and dying. This building has a long history. I played here when I was a child and it was the infirmary of the once Army post and the then AF base. Later it became the photo building when the Spokane Falls CC was created in the mid 1960s.
On this particular March day I saw the images as I arrived at work and took the time to record it. Notice the shadows on the walls of the building.
The image itself was recorded on a 5 x 7 dry plate that was both blue and green sensitive.